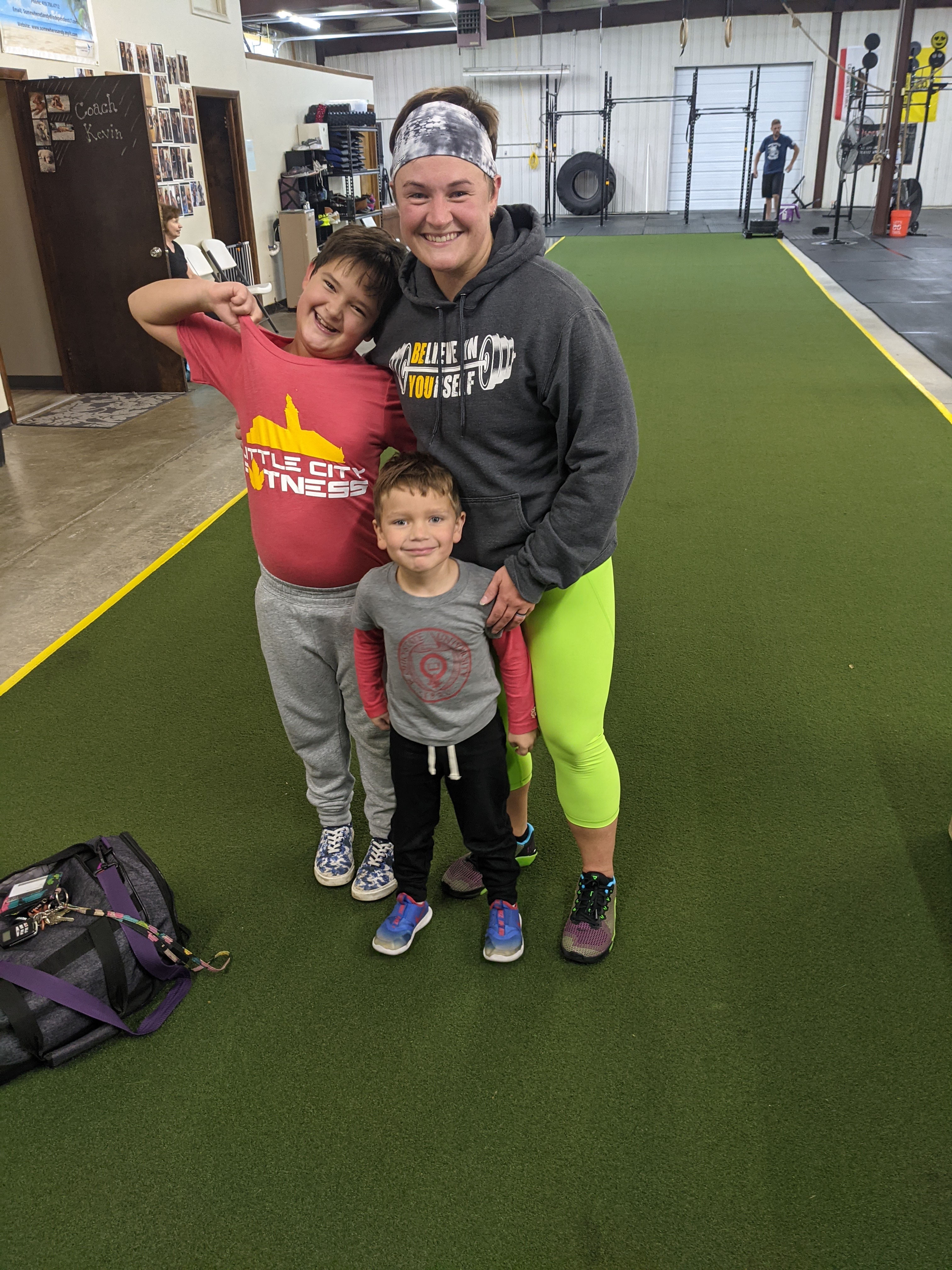 Growing up, I played volleyball and softball. In those things, I learned how much I rely on a team atmosphere. I tried working out on my own and that always lead to a feeling of failure. I never pushed myself on my own and realized I need that team atmosphere. When Little City opened, I was ecstatic to join a team! The workouts can be scaled to meet individual needs, but each workout is done as a group, and the people push you to be better every day. I was happy to join the coaching staff and help people reach their athletic potential. At Little City, the coaches push you to be better each day, and that is what I strive to do as a coach as well.

When I began my functional fitness journey, it was 2010. I was young, married, and a high school teacher with no kids of my own. I did, however, begin coaching softball. I joined the workouts as a coach and exercised along side my players. I became super competitive and was disappointed if I did not finish first. I remember thinking, "If you're mad about not finishing in first place, then don't." And it was as simple as that, I pushed myself as hard as I could to finish first. I was able to go home and fall asleep; the next day during work, I could work through being sore. Fast forward 11 years and two kids later, that mindset of "just do it" became an absolute hinderance to my progress. Starting my fitness journey over again after having kids, my mind knew what I could do and I became overly frustrated that my current body was not able to perform at the level it once did. The turning point for me was realizing that yes, my mind knows what to do, but that was not translating to how my body was performing at the time. I had to give myself grace and be okay with what my body is able to do. It's been two years since I started at Little City, and my mind is still my own worst enemy. I know what I used to do, but need to refocus my energy not on what used to be, but what is present. I am now focusing on how I can improve myself today without judging myself for what I still can't do from my past.

My motivation and purpose as a coach is to inspire confidence in athletes. I want every athlete to walk out of the gym with more confidence everyday to be better than they were the day before.